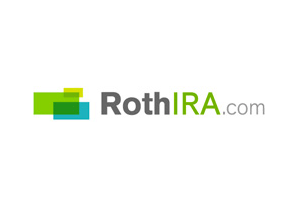 What is a Backdoor ROTH?

You can’t contribute directly to a Roth IRA if your income is beyond certain limits, but there are no limits for conversions.
A backdoor Roth IRA is a legal way to get around income limits by converting a traditional IRA into a Roth IRA.
Roth IRAs are a unique and powerful way to save for retirement. You pay taxes upfront, and then qualified withdrawals on contributions and earnings are tax-free.

The problem: People who earn more than a certain amount aren’t allowed to open Roth IRAs—under the regular rules, anyway.

If you think tax-free income in retirement would be important to you, but you make too much to open a Roth, you might want to consider the backdoor. In a backdoor Roth, you first make a contribution to a traditional IRA, then convert it to a Roth IRA. It’s legal, but it’s a little bit more complex than opening a regular Roth IRA. Here’s what you need to know.

What Exactly is a Backdoor Roth IRA?

Keep in mind: This isn’t a tax dodge. You still need to pay taxes on any money in your traditional IRA that hasn’t already been taxed. The funds that you convert to a Roth IRA will most likely count as income, which could kick you into a higher tax bracket in the year you do the conversion.

Still, if your income happens to be unusually low in a particular year—perhaps you had a gap in employment—you could take advantage of that situation by making the Roth conversion then. Timing is important. Carefully calculate the tax implications of a Roth IRA conversion before you make any decisions.

How to do a Backdoor Roth Conversion

You can do a backdoor Roth IRA in one of two ways. The first method is to contribute money to an existing traditional IRA, sell shares, and then roll over the money to a Roth IRA account.

The funds are considered converted funds, not contributions. That means you have to wait five years to have penalty-free access to your funds if you’re under 59 ½. This differs from regular Roth IRA contributions, which you can withdraw at any time without taxes or penalties.

Is a Backdoor Roth IRA Right for Me?

The main advantage of a Roth IRA is that you pay taxes upfront and everything after that is tax-free. This is most beneficial if your taxes are lower now than you expect them to be in the future.

A backdoor Roth IRA lets you get around:

Roth IRA income limits. In 2019, if your modified adjusted gross income (MAGI) is higher than $137,000 (single) or $203,000 (married filing jointly or qualifying widow[er]), you can’t contribute to a Roth IRA. These limits don’t apply to Roth IRA backdoor conversions.
Roth IRA contribution limits: Starting in 2019, you can contribute only $6,000 ($7,000, if you are age 50 or over) to a Roth IRA. With a backdoor Roth IRA conversion, these limits don’t apply.
If your income is beyond these limits—or if you want to contribute more to a Roth than is allowed within one year—a backdoor Roth IRA is the only way to do so.

What are the tax implications of a backdoor Roth?

The government wants to collect its taxes, one way or another. A backdoor Roth is not a way to escape taxes. The taxes you owe on a backdoor Roth could range from none to a lot, depending on your situation. Most people who convert money to a Roth IRA via the back door need to learn what the pro-rata rule is and how it applies to their conversion.

The key questions are:

What if you convert your entire retirement portfolio to a Roth, or keep some money in traditional IRAs, SEPs or SIMPLE IRAs? If so, you’ll owe taxes on the converted amount. You’ll also owe taxes based on the proportion of your overall IRA money that is after-tax and before tax.

Does the Pro-Rata Rule Apply to Me?

To figure out how the pro-rata rule applies to you, calculate how much money in your IRA accounts is pre-tax and how much is after tax. Treat all of your IRAs like one big IRA for this purpose.

How does this play out? Here are two examples, taken from Ed Slott’s The Definitive Guide to the ‘Back-Door Roth.‘ Basically, if only a small proportion of your overall retirement assets are non-deductible, you’ll face a higher tax bill for your conversion.

At first, eligibility was limited. Whether you wanted to open a Roth IRA or convert an existing IRA into a Roth, you had to be under the income limit. Only people making less than $100,000 a year could convert their plans.

Opening a Roth IRA is still limited to lower-income savers. But the conversion cap was removed as older and higher-income investors asked for the benefit of tax-free withdrawals in retirement. Also, since there are no required minimum distributions (RMDs) for Roth IRAs during your lifetime, you can pass all your Roth funds to your beneficiaries after your death.

The backdoor Roth remains a subject of debate, so if you want to take advantage of this strategy, you may want to do so before any policies change.