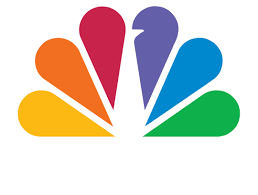 A proposal to raise taxes on California millionaires would result in a top tax rate of nearly 54% for federal and state taxes.

Democrats in the California state legislature this week proposed a tax hike on the state’s highest earners to help pay for schools and services hurt by the coronavirus pandemic. Legislators say the tax hike would raise more than $6 billion a year, and would redirect funding from the wealthy to those who have been hit hardest by the Covid-19 crisis.

The plan follows proposals in New York state to raise taxes on the wealthy to pay for a widening budget deficit. And it adds to a growing debate over expanding inequality during the pandemic and who should pay the soaring costs to government.

Yet the California proposal would raise the highest state tax rate in the country even higher, and renew the possibility of wealthy Californians fleeing the state.

California’s top marginal tax rate is 13.3%. The new proposal would add three new surcharges on seven-figure earners. It would add a 1% surcharge to gross income of more than $1 million, 3% on income over $2 million and 3.5% on income above $5 million.

So the top tax rate would be 16.8%, on income of more than $5 million and the combined state and federal tax rate for California’s top earners would soar to 53.8%. With the deduction on state and local taxes capped at $10,000 under the Trump tax cuts, the top-earning Californians wouldn’t be able to deduct the new taxes from their federal returns.

The tax would only effect the top 0.5% of California taxpayers. But that small group of super-earners — many of them in tech — pay 40% of the state’s tax revenues, according to California’s Franchise Tax Board. The new tax rate would also apply to capital gains, which accounts for a large share of tech income, since California taxes capital gains at the same rates as ordinary income.

With many tech companies now allowing executives to work remotely for the next year, top earners could more easily leave the state and work in places with no income tax, like Nevada and Texas. If the new tax is approved in August, it would be retroactive for this year and apply to income earned since January 2020.

“The tax hikes would be the tipping point for many taxpayers,” said Robert Gutierrez, president of the California Taxpayers Association, which advocates lower taxes, “prompting them to book a one-way trip to one of the 49 states with lower taxes.”

📲CONNECT WITH US ON SOCIAL MEDIA: